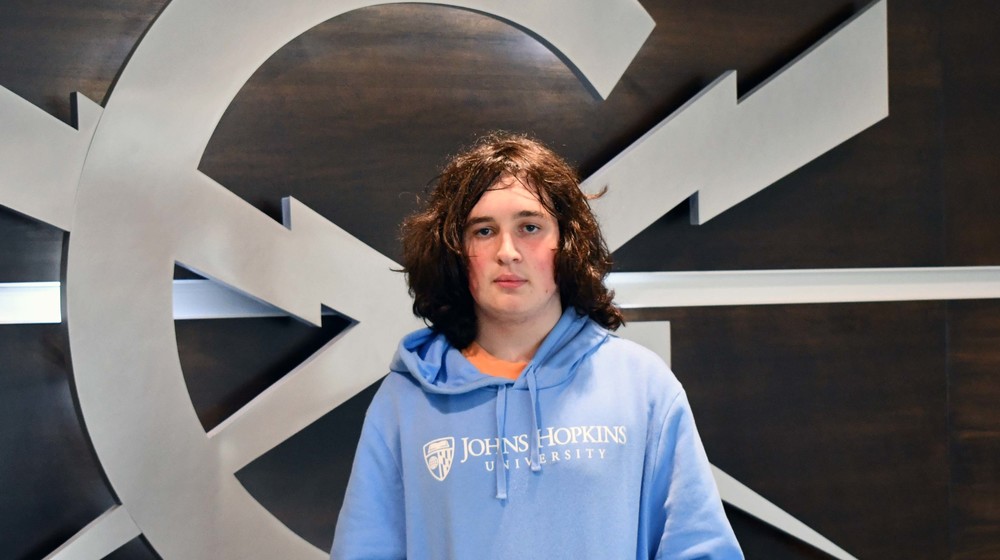 After his school counselor, Rachel Johnson informed him of some summer aerospace engineering programs, Axel applied to two different summer programs, one at the University of Illinois and the other at John Hopkins University. Mrs. Johnson worked for the John Hopkins summer program during grad school and was already familiar with the program. According to Mrs. Johnson, “Axel mentioned to me that he was possibly interested in the Illinois Math and Science Academy in Aurora, but I realized his interests and abilities matched many of the students that I had the opportunity to work with over the summer through John Hopkins.”

Axel spent a week in Baltimore, Maryland at John Hopkins. And during his time, he was provided with workshops, engineering challenges, skills training, and hands-on learning opportunities. According to Axel, there were three different projects the students worked on, “We worked in groups on projects all involving aerospace engineering. We had to build a drone, a model rocket, and a plane out of balsa wood.”

Additionally, Axel was able to network and connect with Teaching Assistants and Professors at John Hopkins through LinkedIn. One connection included Chris Molina, who spoke to the students about leadership, including attributes of what makes a great leader.

When reflecting on the entire experience, Axel said that “We went out on different trips, there are a lot of aerospace companies in the area. One location we visited was the NASA Goddard Space Flight Center where we were given a behind-the-scenes tour while we were there.”

Axel plans on doing more summer programs before he graduates in a few years and plans on attending Purdue University to continue his education after high school.

We look forward to seeing what the future holds for Axel and wish him the best as he continues to pursue his goals.