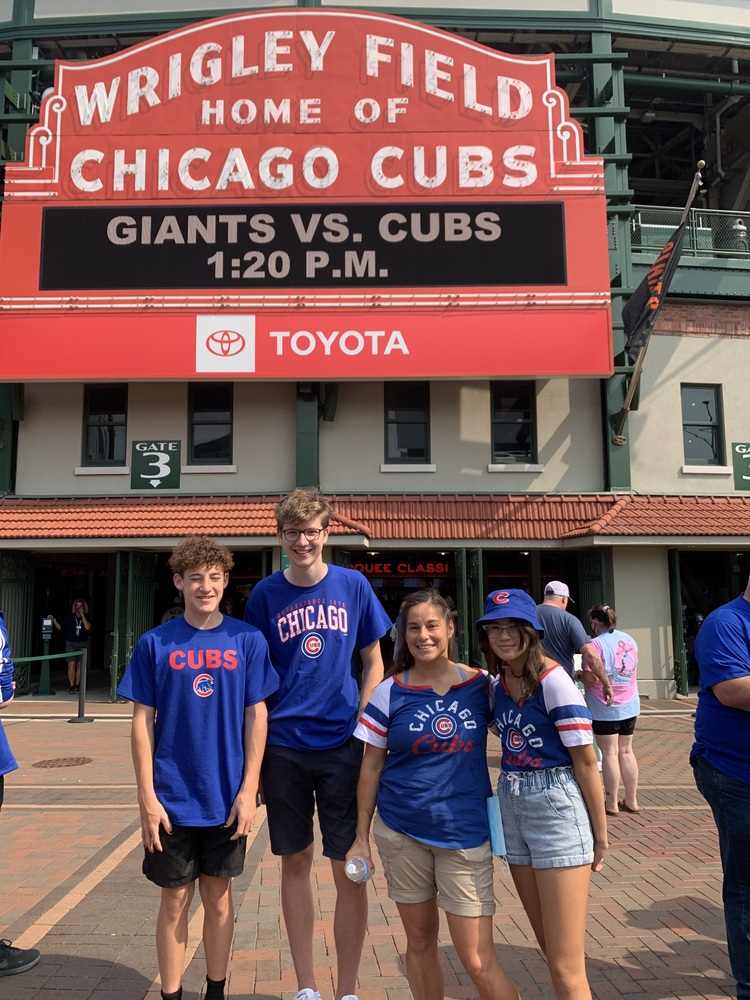 Even during a global pandemic, a German Exchange student found his way to Galesburg, Illinois to attend Galesburg High School for a semester. Max Schilling arrived in Galesburg on Friday, August 20, 2021 and will return to his hometown of Wildeshausen at the end of January.

Max began his education at Galesburg High School while the school was operating on remote learning at the beginning of the school year due to the ongoing high school construction project. Coming to Galesburg was a bit of an adjustment for Max as his hometown has approximately 20,000 people residing there. In Wildeshausen, Max lives with his parents and three sisters.

Max decided to continue in the exchange program after completing a trip as an exchange student to Great Britain when he was younger. According to Max, “I had the idea to do the American exchange for two years and then after speaking with my home school and Eric Spindler, they told me I could go to America for a half year and then return to finish off my 12th year in Germany.” For years, the students from Germany were hesitant to participate in the exchange as it would have caused them to repeat a year.  In this case, a change in the school calendar in Lower Saxony has made it so they are able to participate without having to repeat a grade level.

Max said one of the biggest surprises he encountered while attending GHS was the school schedule. “In Germany, we have a completely different system, we don’t have the 4-Block schedule. We have 13 subjects in a week, and every day we have three blocks, then change the classes the next day.”

Max is staying with a family who comes with great experience with the exchange program. Carmen Peterson and her family are serving as the host family for Max. According to Carmen, “When I was in high school, my parents began hosting exchange students and in my senior year we hosted our first student from Germany. Fast forward to when my children were in high school, we began hosting the short term (3 week) German students who came from Wildeshausen and had great success with the three we had hosted. This year seemed like a good year to extend that to hosting Max who would be here for the first semester.”

According to Carmen, Max made an easy transition when he moved in with her family, “Max adjusted well to our family and us to him. We are both used to a home atmosphere with a lot of activity so it made the transition pretty easy. Aside from a few cultural adjustments, Max fit right in with our family.”

Carmen is appreciative of Max and his willingness to share about his life and family in Germany. The entire family has been able to learn about the differences between life in Germany versus life in the United States.

The partnership with Max’s school, Gymnasium Wildeshausen, has been part of CUSD #205 for many years thanks to the work of GHS German Teacher, Eric Spindler. According to Eric, “When I started teaching in Galesburg, I spent part of my first year 2010-2011 laying the groundwork for district approval of the exchange. We started our first group in 2012, both hosting and traveling. Since then we have hosted in the spring of odd years and travelled in the summer of even years.”

The program ran for 4 and a half cycles before being shut down due to COVID-19. When asked if any GHS students have plans to spend a semester abroad, Eric says, “I don’t have any who have plans right now, but I have sent 4 students to spend a semester in Germany prior to 2016. We haven’t done any long terms since then on either side until Max, but I may look into starting again.”

GHS will welcome another German exchange student in the upcoming weeks, and Max has one piece of advice for her, “Get involved, join a sport. I participated in soccer and made a lot of friends on the soccer team, which really helped.”