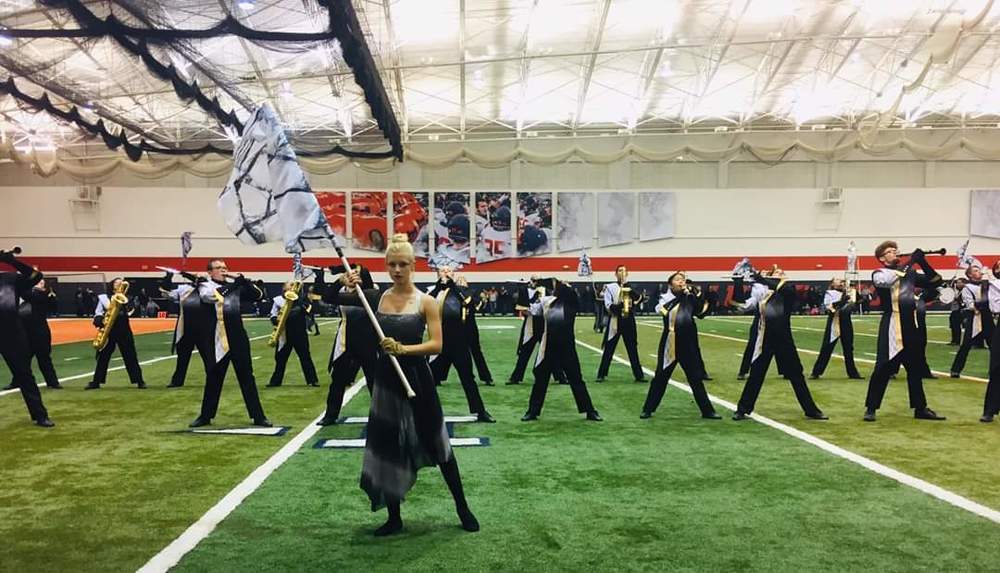 This past Saturday, the Marching Streaks wrapped up their season at the University of Illinois Marching Band Championships.

It was a rainy day and the performances ended up being held in the Irwin Indoor Practice Facility, where the students were still able to march and play their entire show, and judged on all visual and musical elements.

The Streaks came in first in class 4A among some great bands including Grays Lake North, Champaign Central, Danville, and Lakes Community High School.

In addition to winning their class, the band won best visual as well as best General effect.

The staff is very proud of all the students in the band and color-guard.  They dedicated so much of their time working hard to make this an outstanding marching season. 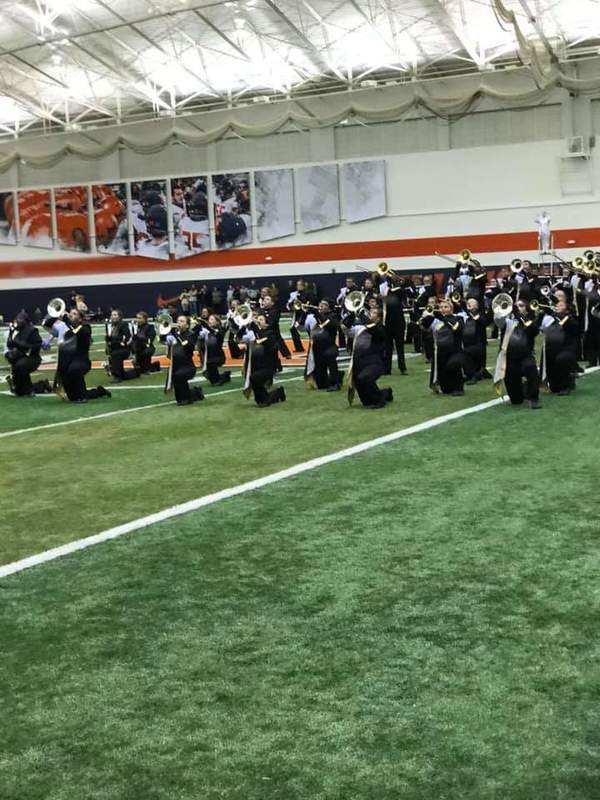 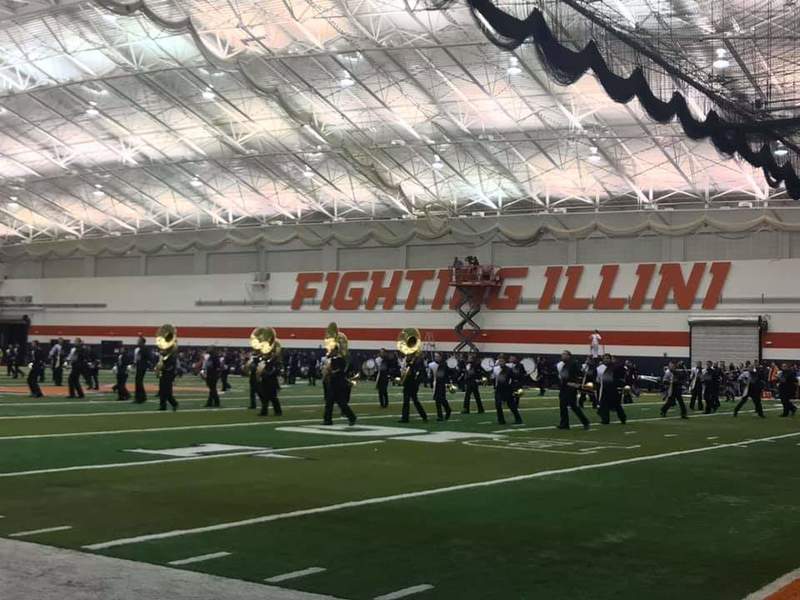